The hijacking of mateship, last refuge of blokey scoundrels

It’s ironic isn't it? The two men traipsing around our sunburnt country this week, patting firefighters on the back and extolling the virtues of Australian mateship, are perhaps the least likely of all men to enjoy the company of real ''mates''.
Read more

Self-censoring journalists fail their obligation to the public

It’s been an emotional week in politics. There have been tears, heavy sighs, and long televised pauses. So in the spirit of the week, let's pause to reflect.
Read more

At a hectic time of the year, think of slowing down

There are 16 movements of your foot each time you take a small step: lifting, swinging, placing, feeling, pressing, and so on. If you paid full attention to each of these movements, it might take half an hour to walk a few paces. You won't get far. But you will experience slowness.
Read more

Breasts, beauty and babies are a poisonous mix for commercial television presenters. The first two are perhaps mandatory for prime time success. But throw in the third, and you’ve got a ticking time bomb.
Read more

Did France’s leading presidential aspirant take a leaf out of Jon Stanhope's book? If you've got a good body, strip down to ''minimal attire'' - as the French quaintly put it - and flaunt it.
Read more

If you’ve never seen a severed limb, it's hard to know how you will react.
Read more

Nancy who? It seems I'm not the only one who'd never heard of Nancy Pelosi until this week's mid-term Congressional elections. Despite just becoming the most powerful elected woman in United States history, a CBS newspoll found 55 per cent of Americans don't know enough about Pelosi to form any opinion of her.
Read more

Feminist silence on Islam’s oppression of women is deafening

This one sheik’s meat is another man’s poisonous preaching

As one of Australia's ''most senior imams'' and a respected Muslim cleric, Sheik Taj Aldin Alhilali has every right to suggest women are nothing more than Satan's ''best weapon'' and little more than slabs of ''meat'' ripe for rape.
Read more 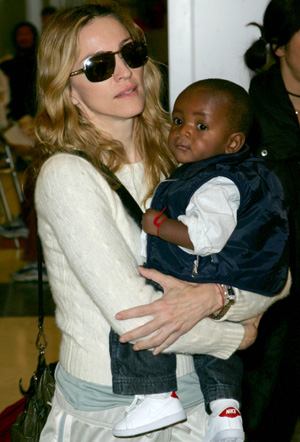 Buying babies? I call it a gift to children in need

There is a home I know that's close to my heart. It is built on love and full of laughter. In that home live a mum, a dad, their six-year-old son, Max, and a cat called Stripy-dot- com. The mum and dad are both child-care workers with a passion for preschool education. Their home is a favourite place for gatherings, and fills with the noise of children - siblings, cousins, playmates. Every room rings out - except one. It's kept quiet and tidy, ready and waiting for China Girl.
Read more

Since when did 10-year-old girls become worried about a VPL? I was about 20 before I'd even heard of such a thing and probably 30 before I cared.
Read more

A country out of step on gender balance in Parliament

The evening security guard at Old Parliament House thought he had me pegged: a Floriade tragic attempting a rose bushel heist from the House of Reps Garden. I'm innocent. But I understand his concern. It was pitch black, dead of night and I was pacing up and down The Centenary of Women's Suffrage Commemorative Walk, just inside the Members Gate.
Read more

Spare us the blokeish conga line of the misogynist Latham

To suggest the former leader of the Labor party Mark Latham hates women is perhaps too simplistic and a little too blunt: although I suspect it's true. But let's face it, one needs to keep the dialogue simple and blunt when talking about Latham, otherwise you'll lose him.
Read more

Sorry, Pete, there’s much more behind baby boom than you think

Have you ever noticed how the Treasurer, Peter Costello, tries to suppress a little smirk when he has sex on his mind? To be fair, it may not be the lacy, bodice-ripping, kind of lust he's thinking about. It's perhaps something a little more prosaic. Nevertheless, it seems to make him happy.
Read more

TV at 50: smalls steps for mankind, a way to go for the girls

When Bruce Gyngell uttered those words ''Good Evening and Welcome to Television'', 50 years ago today, it's a good bet he was wearing his favourite pair of smalls at the time. Quite possibly they were a pale shade of pink.
Read more 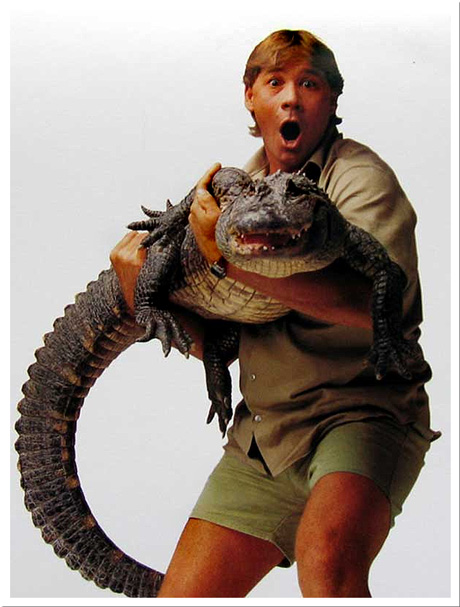 It’s sad about Steve, but this national blubber fest is too much

What a nation of blubbering and blinkered hypocrites we've proven to be. If Steve Irwin was an embarrassment to Australia in life (his suggestion), in his death it's Australians who are embarrassing.
Read more

So, 16-year-old Melbourne schoolgirl Ayten Ahmet wants to be a teen beauty queen. Why any girl would subject herself to a mindless cattle call is baffling enough. But putting aside the disturbing re-emergence of the vapid beauty parade - and the rise of a celebrity-obsessed raunch culture - Ayten's desire to be ''a positive role model'' is nevertheless worthy of note.
Read more

With yet another embarrassed and frustrated senior executive quitting AWB this week, after a harrowing appearance at the oil for food inquiry, the embattled wheat exporter must be ready for some serious soul- searching.Perhaps it can start by asking if its mess might have been less if it didn't exclude women from its boardroom. While AWB's 12 men at the top make a botch of it, ambitious women in the company who aspire to rise need to look down to spot a potential role model. There she is, at executive management level: two lonely women surrounded by nine blokes.
Read more

Question for a profile puzzle: who could have picked them?

I don’t know what 23-year-old Cossor Ali looks like, but I can guess. Let's see. I reckon she wears a thick, grey hijab tucked tightly around her face, with the peak shadowing a suspicious brow. She's got dark, cold eyes with heavy lids, bushy unplucked brows, doughy complexion, no make-up, and pale dry lips. Her ugly flat sandals and grey socks poke out from under a long, black coat-dress, with hidden buttons. She's sexless, humourless and dangerous.
Read more

Brave women struggling for rights in constant fear of death

You wouldn’t see it in Australia, but in Pakistan a politician loved by her constituents might be greeted by a shower of perfumed rose petals as she arrives at work.
Read more

If the messenger’s smart, sassy and sexy, shoot her

It’s one of the great ironies of Australian feminism. Despite 40 years of maturation, we still play the man - and not the ball. We can't help ourselves. Well before we consider the content and ruminate on the argument a woman might pose, we sharpen our squint, asking: "But who is she?"
Read more

Why do women hate Maureen Dowd?

It’s one of the great ironies of Australian feminism. Despite 40 years of maturation, we still play the man - and not the ball. We can't help ourselves. Well before we consider the content and ruminate on the argument a woman might pose, we sharpen our squint, asking: "But who is she?"
Read more